Babies who are born following loss are called rainbow babies.

“A beautiful bright rainbow follows a storm and gives hope of things getting better.  The rainbow is more appreciated having just experienced the storm”. (Kicks count.org.uk)

I’m not saying I love my babies any more than other people who haven’t experienced loss, but it’s an entirely different, far more complicated kind of love.  All the pain anger and dispair are mixed up in that love as well as nine months of constant fear you had to endure.  When your baby is born you would think that this is your happy ending but it’s the start of a relationship that’s has a love more ferocious than you could ever have imagined.  It’s a statistical fact that mothers who have experienced a previous loss are far more likely to suffer from PND.  The baby is here, you’ve  won your prize, the thing that you’ve wanted most of all in all in the world for so so long but what next?

Looking back Lily was such a difficult baby, she cried for twelve months solid and would not be put down.  She didn’t sleep.  I didn’t know any different and thought that’s what babies were like, (on reflection I’m sure that her traumatic birth had a lot to do with how she was). My auntie  remarked that she wanted to help but I just looked so happy she didn’t want to impose.  I was, I felt like the cat who had the cream but I also felt that had so much to prove.  I had to be the best mother that had ever existed, and that no sacrifice was too big nothing was too much trouble.  I struggled to breast feed, even though I used to sob when she latched on to my bleeding nipples, many people told me to stop, that it was too hard for me,  but I would not and did not give up. When the time came for weaning I steamed and puréed every vegetable there was and froze them in perfect ice cubes. Annabelle Carmel was my guru. I used to pride myself on the fact she never ate baby food from a jar. I cringe when I remember taking her own sandwich’s to a party at a play gym. It was five months before I gave into the constant screaming and gave her a dummy.  And when the time came to go back to work I couldn’t leave her, so I gave up my job.

And so it continued, I joined all the parent groups, was a school governor and the fromidble Mrs Hardcastle to any adult I entrusted with her care. She and her sister were my life’s project and I was bloody good at it.

I was so proud of this feisty young lady who was so clever, independent and determined, who I had raised. But then the time came to let her go…

I knew it was coming, but it came so fast; first the university open days, then the UCAS form, the stress of exams and suddenly we were there, our last summer before she left for university stretching before us. (Just writing that down makes my stomach lurch). I used to cry every time I thought of her leaving, I can’t describe how painful it was.  We made the most of last summer, my favourite times were spent just snuggling up on the sofa in the dinning room, sometimes she’d fall asleep and I’d just sniff her hair and listen too her breath. I kept busy by shopping. You should have seen the things I packed away for her new room.  Beautiful coordinated bedding, desk accessories, home made Pom Pom bunting, cacti, fairy lights, crockery to die for, luxury toiletries and the biggest most well stocked box of food essentials you ever saw (I think she’s still working her way through the pasta). She was excited but scared. On her last day in Yorkshire Tim was at work and Iris at school so we spent it together, just the two of us. I was struggling not to cry all day, I think you can see sadness in both of our eyes. 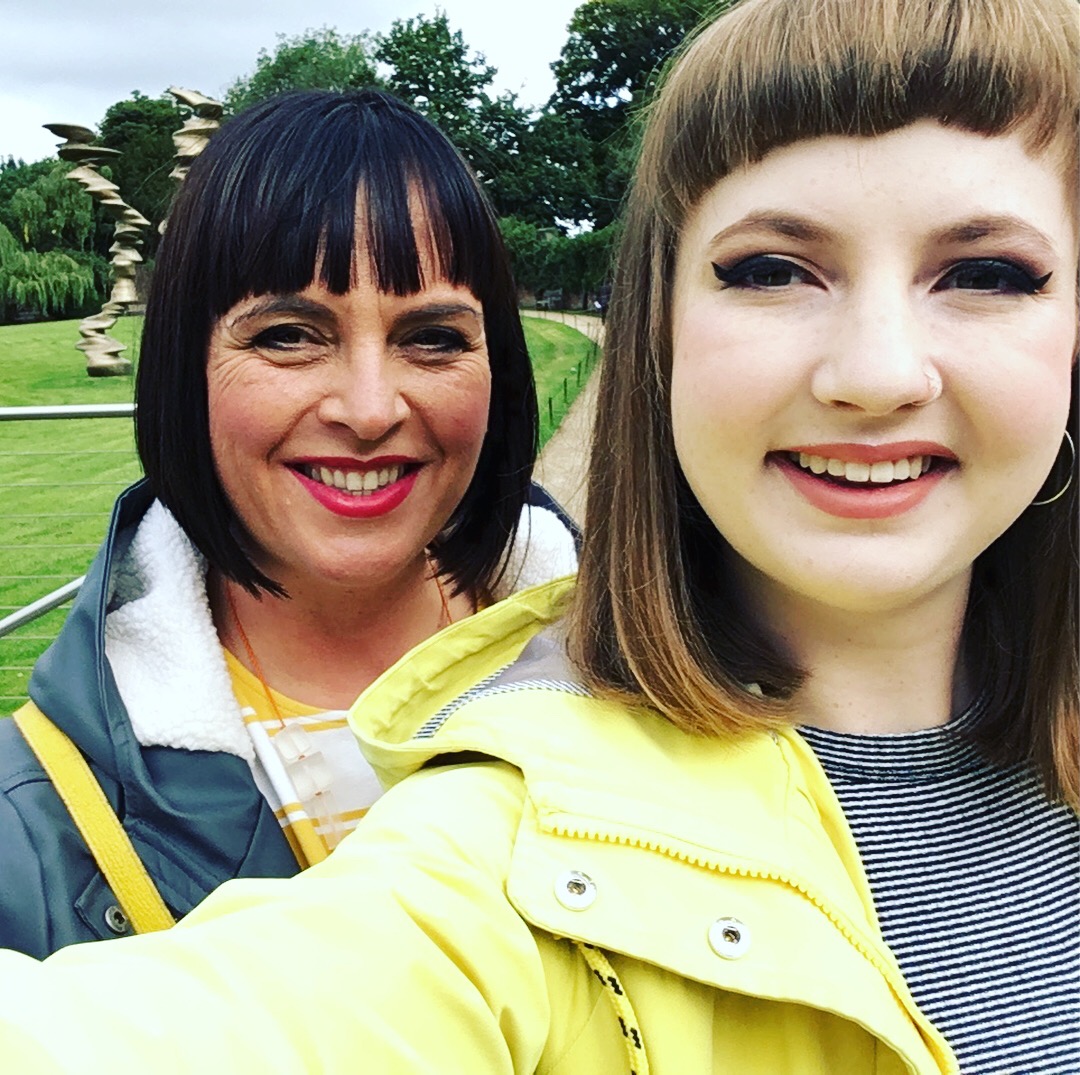 I didn’t cry at all that day when we drove over 250 miles to London, although I felt numb as we drove over Tower Bridge and that feeling of sheer terror still returns whenever we drive past the BMX track in Burgess Park. We helped to unpack all her belongings, made the bed, and we left her as she headed to the shared kitchen clutching the tin of brownies I’d made. Still I didn’t cry.

When we got back home I felt totally empty and bereft, the house felt too big.  I could feel that she wasn’t upstairs in her room, this was my empty nest and I hated it. The tears started then and I cried, I cried buckets and buckets until my eyes were puffy and my nose sore and then I cried some more. If anyone asked me how I was I cried again.  I missed her smell, I missed the mess she made and the angst she filled the house with. The pain was palpable. I thought I’d never get over it.

Lily was happy in London, she settled so well and was having a ball, she missed us (well she said she did) but was having the best time! Even though I was so terribly sad I could be happy for her too. We visited after three weeks and that felt like a lifetime, we spoke on the phone, and face-timed, although this always made us both upset. I used to wake up in the middle of the night and check when she was last active on social media, and I was so good at stalking her.  I continued to be very low and didn’t really want to go out much. One day in November Tim was working in London (I was so jealous!) On the spur of the moment she decided to come home with him.  They didn’t tell me and when she burst through the door at 9.30 I screamed. I was so happy I could have burst. We had a wonderful two days together, but when she left to go back I plummeted and missed he even more than I had before.

Now I’ll never know if my menopause made Lily leaving worse or if Lily leaving made my menopause worse but  let’s just say it was terrible timing. I was anxious, irritable, panicky and downright miserable. Admitting this and going to the doctor was the best thing I did. Once my menopause medication was sorted I started to feel calmer and more able to cope. I learnt to be kind to myself too. Lots of space, running to clear my head and I talked about how I was felling to anyone who’d listen.

We had a wonderful family Christmas together and we’ve seen each other every few weeks since then.  I still miss her dreadfully but it’s OK and I’m almost used to her not being here all the time. We’ve probably grown closer by being apart. I know she’s (kind of) an independent young woman and she seems to appreciate me and understands me more, it’s like a new phase of our relationship and I really like it.

Her first year has now ended and she’s packing up ready to come home. I’m excited but apprehensive.  It’s going to be hard getting used to being around each other all the time and Lily is going to have to settle back into this crazy family life of ours. We’re all going to have to make adjustments but I’m sure it won’t be long before we are bickering like we always did. I know I’ll be dreading September coming around but also know there won’t be the same feeling of dispair in the pit of my stomach like there was last year, because even though we’ve let her go she’ll always come back and she’ll always be my little girl 💗

4 thoughts on “Letting go of your rainbow baby.”